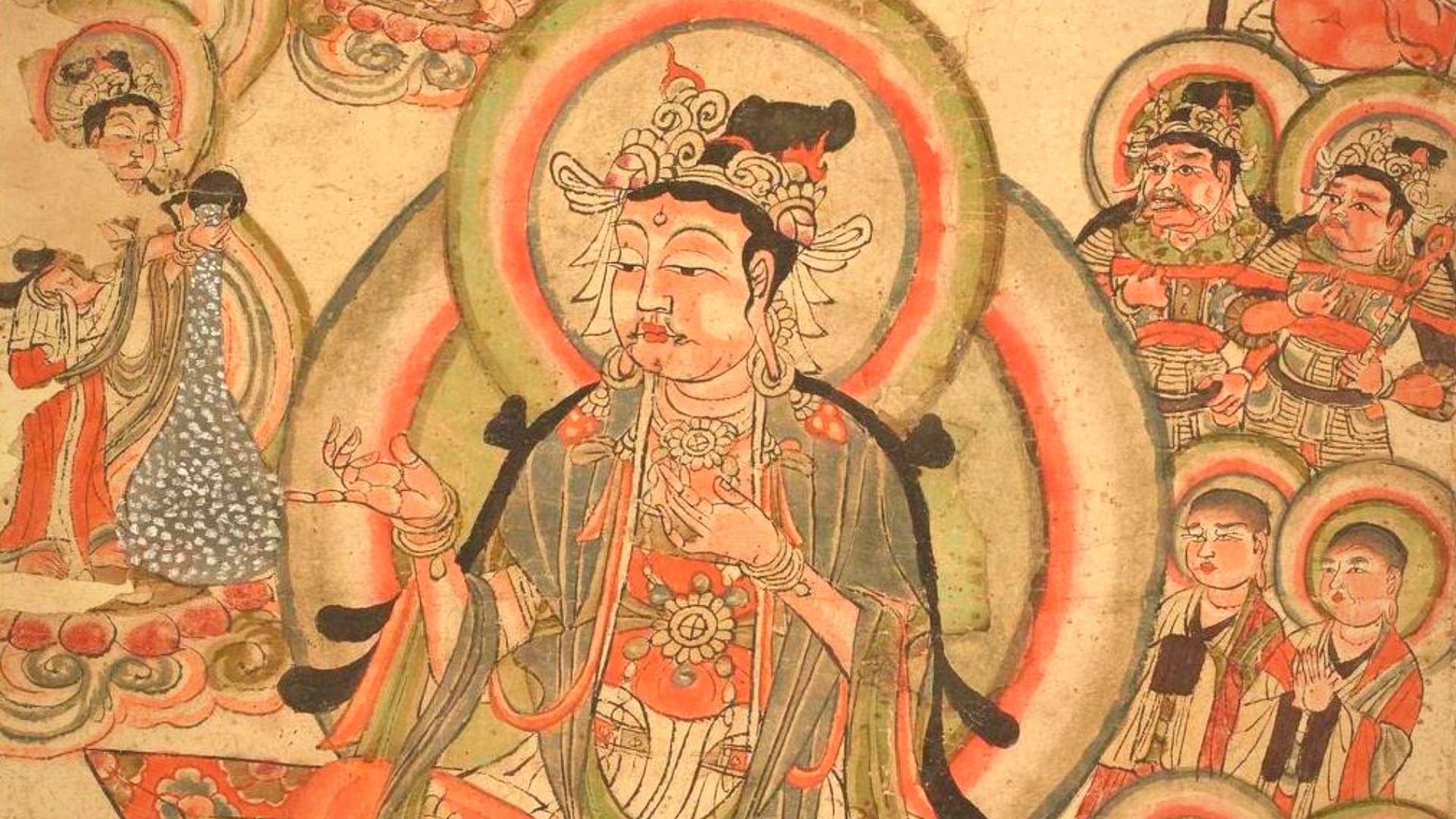 The Vimalakīrti Sutra records happenings in Shakyamuni Buddha’ time (6th Century BCE) but was not published as a text until around 0CE, a watershed moment in Buddhist history that brought sacred teachings out of the monasteries and into the streets and around the world, and out of classical language and into the vernacular.

The Sutra examines foundational concepts of Buddhist wisdom and omnicompetent compassion; the transformation of the “ordinary mis-knowing body” into a “buddha body”; and reveals the purpose of life—to educate oneself in the delicious fun of freedom through the wisdom of Vimalakirti, a layman, considered a close colleague in teaching by the Buddha himself.

Presenting the major teachings of Mahāyāna Buddhism in a precise, dramatic, and even humorous form, this Sūtra, called the “jewel of the Mahāyāna Sūtras,” has enjoyed immense popularity among Mahāyāna Buddhists in India, central and southeast Asia, Japan, and especially China, where its incidents were the basis for a style in art and literature prevalent during several centuries. Recently, it has become extremely popular in America, Europe, and Australia, through its various versions and translations.

Robert Thurman is Professor Emeritus of Indo-Tibetan Buddhist Studies at Columbia University as well as Co-Founder and President of Tibet House US/Menla in service of HH Dalai Lama & the people of Tibet.

Translator of a number of books from the Tibetan canons and author, he specializes on the Mādhyamika Centrist philosophical tradition as intertwined with the unexcelled yoga tantra practice tradition from Shakyamuni up to the contemporary Great Fourteenth Dalai Lama.

The Noble Teachings of Vimalakīrti